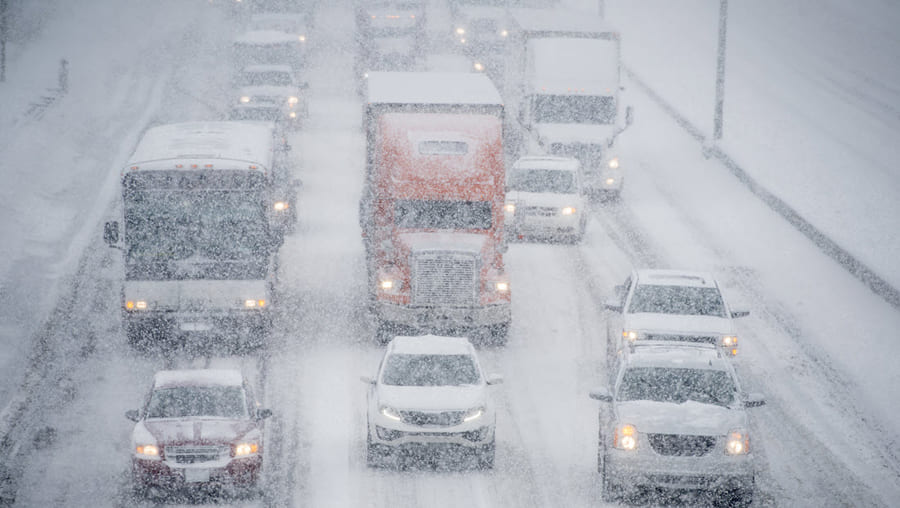 Spot market rates seem to be suffering more from over-capacity than from lack of freight. Despite the abundance of trucks, the typical equilibrium has not yet been restored between spot and contract rates, so carriers are getting paid more on brokered freight than on shipper-direct loads in some lanes. When spot rates decline seasonally in Q1 2019, that will restore a more traditional gap between spot rates and contract rates.

Also in Q1, expect load volumes to drop significantly due to tariffs and other factors, which could cause spot rates to dip even further, possibly below seasonal norms. Owner-operators could be in for a hard winter. Those who got their authority when rates were historically high may lease back on with larger fleets or exit the market altogether.

Shippers want transportation costs to be predictable, so they renegotiated carrier contracts in 2018 to avoid spot market volatility that plagued them last winter. That drove contract rates up 15% for the first ten months of this year, compared to the same period in 2017. Shippers continue to explore alternative modes, including rail intermodal, trailer pools, and power-only sourcing, to keep transportation budgets in line.

For their part, carriers continue to face tremendous pressure on driver recruitment and retention. This won't be helped by hair follicle testing, which would further reduce the pool of available drivers by disqualifying those who have used any controlled substance in the 90 days prior to testing, versus two or three days for current test methods. Recent declines in contract rates are due mostly to carrier selection by the shipper — they now have flexibility to award freight more consistently to the carriers at the top of the routing guide.

On the upside, carrier productivity has improved, especially in large fleets, because so many bought new equipment in the past year, and the late-model trucks have a lot less downtime. That factor favors carriers, but not enough to get them excited about re-negotiating rates in Q1. That's because equipment utilization will take a hit during the cold, snowy winter that's expected in much of the U.S., just when shippers are kicking off their annual procurement events. Under those conditions, carriers won't want to underbid their target prices, because rate cuts will hurt them during a difficult operating quarter.

Expect demand to rebound in Q2

Longer term, I expect the second quarter to provide a strong uptick, as infrastructure projects proceed, especially in oil and gas exploration and production. Spring is also the season for home construction, and we'll have additional rebuilding of thousands of homes that were destroyed by hurricanes in the Southeast and wildfires in California. Flatbed freight has slipped more than other segments in the second half of 2018, and it is positioned to make a comeback in mid-2019.

The economic forecasts are mixed overall, which adds to uncertainty in other freight-producing sectors. Wall Street continues to show concern, even though most earnings are beating their estimates, inflation is in check, and unemployment is at a historic low.