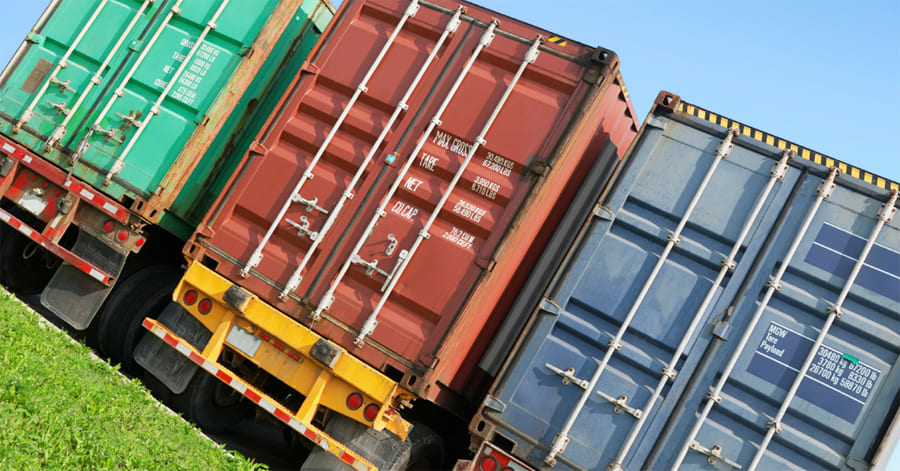 Trucking wins business back from railroad

Last year rail intermodel took away loads from over-the-road trucking, but now the pendulum is swinging back the other direction.

Diesel prices are dropping, which makes dry van transportation more attractive and reduces the cost advantage of rail intermodal for domestic freight. Most of the industry is well aware of the role of fuel in routing decisions, but there are some new variables to consider when considering a tradeoff between transportation modes.

All truckload segments have adapted to the use of ELDs by now, and capacity is no longer much of a factor in routing decisions. Diesel costs are becoming the primary concern again, as the steady decline in prices at the pump have led to a shift of loads from domestic intermodal back to OTR trucks.

Rail intermodal service has improved in recent years, providing better handling, speed, reliability, consistency, and even tracking. But it's still the preferred mode only for bulk commodities and other heavy cargo that can't be moved cost-effectively by truck. Now that fuel surcharges are reduced, there are fewer reasons to bypass the convenience and the relative speed of truckload transportation.

2018 switch to intermodal was prompted by capacity, not cost

Fuel was not the primary consideration last year, as truck capacity became extremely tight due to a surge in demand and the implementation of ELDs. Spot van prices rose by over 30% and it became increasingly difficult to find a truck at any price. For the first time, capacity, not cost, was the primary reason for traffic managers to switch from OTR to domestic intermodal. Their thought process: "I can't find a truck and it has to move. Cost is not the issue. If it can be picked up, moved and delivered by a domestic intermodal service provider, just give them the load." The additional demand gave domestic intermodal new pricing power that was unrelated to the price of diesel.

The consumer economy continues to grow, and the industrial economy is stable, so demand remains steady. But with diesel falling from $3.35 a gallon at the end of October to just under $3.00 now, the breakeven point on the OTR-to-intermodal tradeoff has gone from under 650 miles to over 700 miles.

The cost of fuel is the biggest factor that determines the gap between the cost of rail miles and the cost of OTR miles. Domestic intermodal is only cheaper than trucking if the rail miles are cheap enough to offset the added costs of drayage and handling. When fuel costs rise, that drives the breakeven point down. For every 5¢ change in the price of a gallon of diesel, the breakeven in length of haul changes by 8 miles. For example, at $1.25 per gallon you might as well move your freight by truck on lengths of haul up to 1,000 miles in most lanes. By the time diesel reaches $3.75, that tradeoff makes sense at 600 miles.