Stay updated with new launches, events and Releases at AVAAL 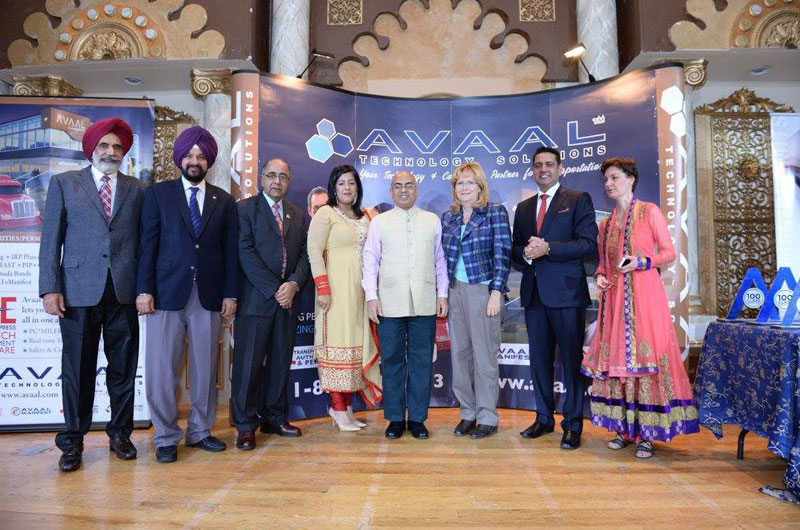 Avaal Technology Solutions Inc celebrated the upcoming holiday season with an elegant function at Chandni Banquet Hall in Brampton, Ontario. The event, Avaal's 12th Annual Christmas Night, was held on December 13, 2014 and attended by over 500 people.

Santa Claus was able to take a couple of hours from his busy holiday schedule to visit and meet the children. Santa brought gifts for the children and posed for photographs.  Santa reported that all the children have been very good this year and should expect a great Christmas.

The evening began with Avaal's Master of Ceremonies for the night, Dr. Ranvir Sharda, who welcomed everyone to Avaal's 12th Annual Christmas Night.  Dr. Sharda is well known in the community and kept the guests entertained with his witty banter.

Interspersed between the speeches were live entertainers. The entertainment included Avaal Item Girl Bollywood Dance Performances; Juggling Duo Show; and Gidda, Stomp Rhythm and Brazilian Samba Dances.  All of these dances were from the famous dance company, Broken Dance with the exception of Juggling Duo Show.

Once the speeches and entertainment were complete, the guests were served a delicious Indian Buffet catered by the chefs and staff at Chandni Banquet Hall.